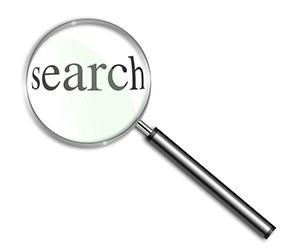 Obituary; Keith Ronald Mitchell CBE 9th July 1946 - 26th August 2020
Former Leader of Oxfordshire County Council, businessman, Adderbury Parish Councillor and Public Servant Keith Mitchell has died following a determined fight against cancer.
It was with great regret that the Parish Council announced Keith’s passing at the end of August. Many residents sent their condolences when this was announced, many saying how saddened they were and how much Keith had done for the community of Adderbury.
In 1990 Keith retired to live in Adderbury with his wife, Lynda. Keith then spent the rest of his life in public service and was awarded the CBE in June 2007 for his services to Local Government. Keith richly deserved this award and was very proud to have received it.
For all of those 30 years Keith’s work in the community and in local government included Adderbury in some form or other.
Keith served as Adderbury’s County Councillor from 1989 until 2012 and was also Adderbury’s Cherwell District Councillor from 1990. He had two separate spells on the Adderbury Parish Council, first from 1988 to 2008 and then from January 2017, when he also served as Vice Chairman, until his death.
Elsewhere in Adderbury Keith was involved in other community organisations including Friends of the Community of Adderbury Library (FOCAL) which he initiated and the Working for Adderbury Community (WFAC).
He was instrumental in the project to move the Adderbury Library from the Old Chapel to its new setting in Church House which had been specially modernised to take the library. He and the then current Vicar, John Holbrook, worked together on the initial idea.
Keith was also one of the ‘founding fathers’ of the Milton Road Sport and Community project. His work on this, with the late John Harper and the late Charlie Swain, together with Jeff Colegrave led to an approved planning permission for pitches on the land in 2010 although it could not be progressed at that stage.
Keith was also a trustee and original member of the WFAC group and had led on developing the financial elements of the project until he became ill.
Keith will be very much missed on the Parish Council where his efforts were invaluable.
After being elected for the second time to the Council Keith led on developing an ‘action plan’ by which the Council could put into place the recommendations of the Hoey Ainscough review, which the Council had commissioned with Cherwell District Council. He also developed a Strategic Plan for the Council.
When Keith spoke in Council he was someone everyone listened to even though they may not have always agreed with what he said. He was able to demonstrate how Councillors should behave and conduct business, and his example will be hard to follow.
He was renowned for his commitment to any cause he thought right. He seemed to fit 26 hours into every day and rarely ever took a holiday.
Adderbury has lost a true and formidable Councillor. Many, including myself, have lost a good and loyal friend. I consider it an honour to have worked with Keith on so many projects for the Community of Adderbury.
In his Eulogy Councillor Kieron Mallon said “Keith lived respected and dies regretted”.
I believe many in Adderbury will also agree with that sentiment.
Diane Bratt Chairman Adderbury Parish Council